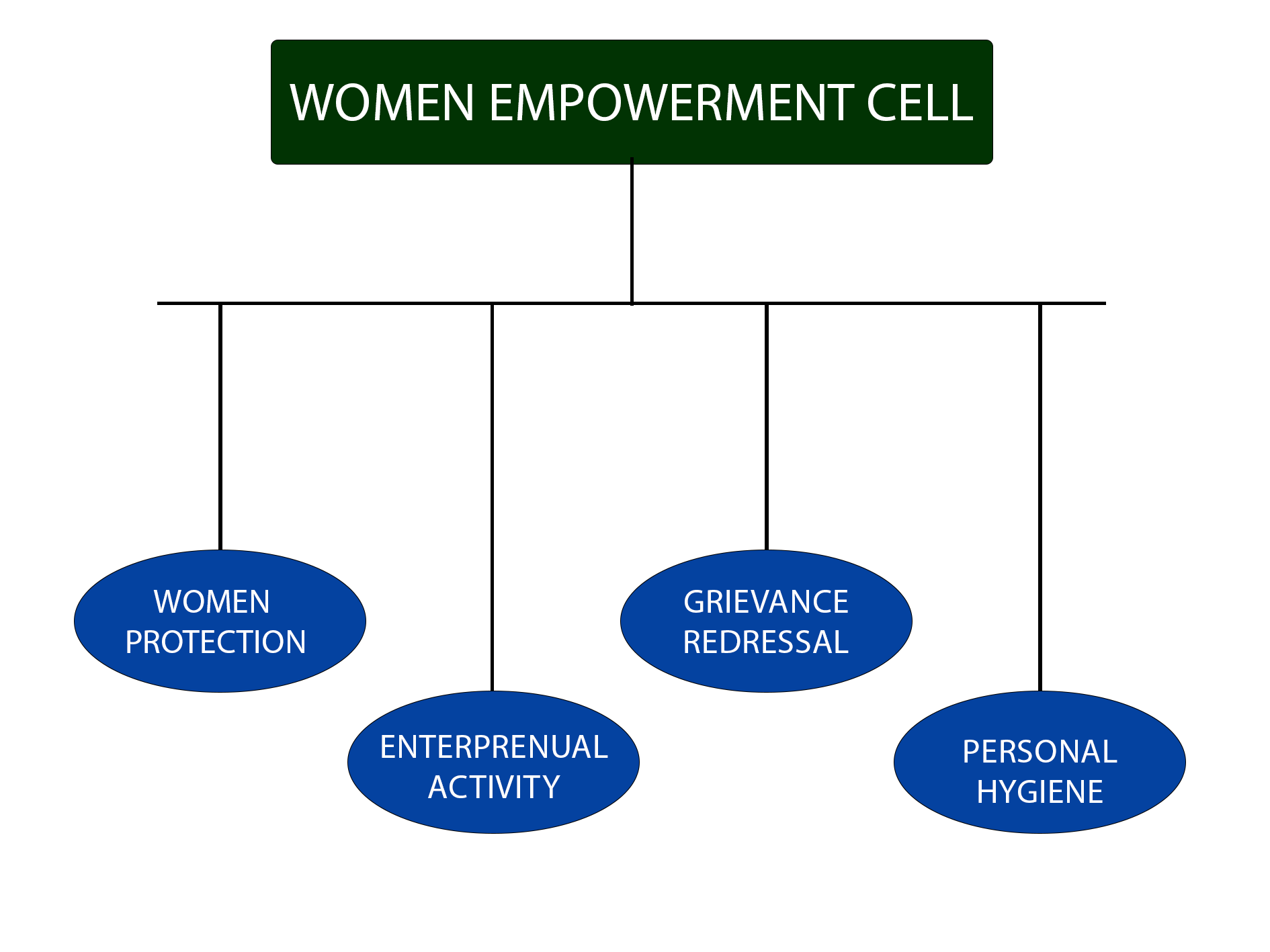 The women Empowerment Cell can punish the guilty in the following ways:

Women empowerment in India cannot be compared with that in other countries. Women were highly respected in the Vedic ages. The focus on women’s education was never absent. The word ‘sahadharmini’ was known from the Vedic days. Sahadharmini means – equal partner. It is thus very clear that women in India in ancient days enjoyed respect, education and reverence. As time passed the Indian culture was contaminated with the conservative Middle Eastern and British culture. As a result, the power and respect that women enjoyed were lost. Gradually after independence, women started regaining the lost power. Today women are everywhere. The country saw its female Prime Minister and President, the country has many eminent female sportspeople like Saina Nehwal or P.T Usha, the country has been blessed with talented women scientists like A. Chatterjee or B Vijayalakshmi. Women are joining the combat forces in India without any hesitation. However, many women in India are still finding it hard to come out of the clutches of patriarchy – particularly in the rural sector. The empowered women must urge these women to raise voices, protest and seek help from the authorities.

Telangana State Commission for Women provides legislative measures to the state government for a better and equal society. Gender equality through the participation of women in all spheres with dignity.

The Telangana State Commission for Women is constituted to improve the status of Women and to enquire into unfair practices affecting Women, and for matters connected therewith or incidental thereto.

Women of Telangana State to have gender equality, gender justice for holistic development and achieve Sustainable Development Goals by accessing their rights and entitlements.

Functions of the Commission

The Commission initiates the following actions:

What is the nature of the cases that are reported to the Women’s Commission?